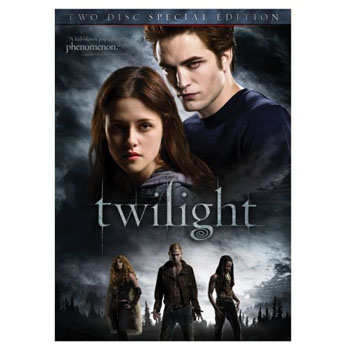 Write a Review
4 Review(s)
Overview Reviews Tell a Friend
Bella Swan (Kristen Stewart) doesn?t expect much when she moves to the small town of Forks, Washington, until she meets the mysterious and handsome Edward Cullen (Robert Pattinson)?a boy who?s hiding a dark secret: he?s a vampire. As their worlds and hearts collide, Edward must battle the bloodlust raging inside him as well as a coterie of undead that would make Bella their prey. Based on the #1 New York Times best-selling sensation by Stephenie Meyer, Twilight adds a dangerous twist to the classic story of star-crossed lovers.
on 02/09/10 09:00pm
Twilight By: Aamani Brown I'm not big fan of vampires, but "Twilight" had changed my view.The plot is about a girl named Bella moved with her dad, and she starts liking a boy named Edward. Then she realize, he starts acting weird. Then she discovered he was a vampire, but she wasn't scared of what he was. It was a great movie because it looked realistic to me. The actors was really into their role.
Reuben G. Ramirez on 02/08/10 09:00pm
Love the books and the movies even if the movies cant be exactly like the books!I really like the 2 disc special editions because they have all the commentary and they tell you why they dident put certain things in the movies. It just gives you a better perspective on the story line.So if you like the books you should deffinatly buy the 2 disc versions!Although my husband doesent like them, i dont think many Men do!
JeffPorcaroFan on 02/08/10 09:00pm
Great movies. Cinematic masterpieces that have shaped generations, and the way we see movies. There's The Godfather, Lawrence of Arabia, Rocky, Patton, Star Wars, The Magnificent Seven, Indiana Jones... And Twilight. There it sits. Being adored by hundreds of thousands of teenagers all over the world, and for what? The acting is certainly sub-par, the directing sucks and the script is even worse. Yet people gush over it the minute you bring it up. WHY?! The only redeemable value I found in this movie is the soundtrack and the score. Though the fact that it's 1 down and only 3 more to go until the hysteria is over doesn't exactly hurt either... I guess the movie would have been better had the director not taken out half of what made the book halfway decent (I emphasize HALFWAY!); which she did, stupidly. Another thing that would be nice is if Robert would learn how to open his damn mouth when he speaks! Half of the time, you can't understand what on earth he is saying. And Kristen needs to learn to shut her mouth instead of leaving it gaping open all of the time. Maybe she's trying to make up for the fact that Robert never seems to open his, who knows. I guess my review boils down to this: Exceptionally bad movie, bad acting, bad script-writing, bad plot, bad directing, and a bad book. PLEASE DON'T FEED INTO THE FRENZY!! IT'S NOT WORTH IT!! TURN BACK WHILE THERE'S STILL A CHANCE!!!!!!
C. Levine on 02/08/10 09:00pm
It's a good movie but I just like the actual book better and how I imagined everything in my head... but it got my boyfriend into the twilight book lol 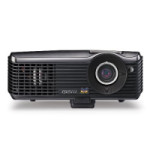