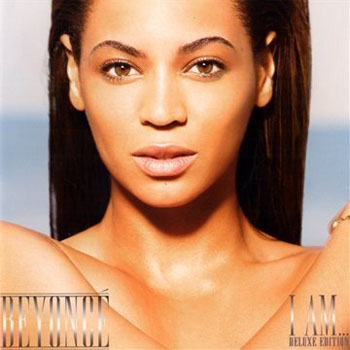 Write a Review
5 Review(s)
Overview Reviews Tell a Friend
I AM...SASHA FIERCE DELUXE - Includes five #1 hits "Single Ladies (Put A Ring On It)," "If I Were A Boy," "Halo," "Ego," and "Sweet Dreams." Also includes bonus tracks "Video Phone" featuring Lady GaGa and "Poison." The latest outing from former Destiny's Child starlet Beyonc? is an intentionally schizophrenic affair. Splitting herself into two separate characters--herself and alter ego Sasha Fierce--is the artist's way of presenting what she obviously sees as an artistic duality. The first set, I Am..., is intended give a glimpse beneath the surface of her usual R&B-pop persona. Featuring recent single "If I Was a Boy", the soaring "Halo", and ballads like "Disappear", and "Ave Maria", it seems her "real" self is way more saccharine than the lady that brought us sassy pop moments like "Crazy in Love" and "Baby Boy". That side of her personality comes rushing back out on Sasha Fierce, a more rousing collection that kicks off with the infectious handclaps of "Single Ladies (Put a Ring on It)", ventures into Euro-dance territory with "Radio", and gets surprisingly risque with the voyeuristic "Video Phone". Which part of the album you enjoy most will depend on your musical proclivities, but the new, bifurcated Beyonc? ensures there's enough diversity to satisfy the most demanding pop aficionado. --Danny McKenna
SpazeDevize on 02/07/10 09:00pm
Ok, first of all most of the singles were not really big hits except for maybe two of the ridiculously 6 released from this album. Why win all these grammys for an album that was more explosive in the late 2008-2009 years. Just because it's Beyonce that is why. PLEASE. This album is just as bad as BDay. A low down dirty shame. Girl, you need a break.
Syl on 02/05/10 09:00pm
I been to two of Beyonce concerts and love her!!!! She be dancing and singing her butt off!!!!lol I love this CD.The sound is good and nothing skips!
Joser on 02/05/10 09:00pm
Some of the songs like "Single Ladies" are great. Most of the songs are just OK. Not many songs on each CD. This one would be better to just download the songs you like.
Jet on 02/02/10 09:00pm
Is Beyoncé the reason why people don't believe in Evolution? 10 years since her Destiny's Child days Beyoncé has stayed the same and has failed to offer us anything new. She sings about the same things. She does the same things. Not even Sasha Fierce could save her this year from her usual predictive self, and let me tell you. I'm not impressed! After releasing this boring expected piece of material about 10 different ways, I ask myself, just how money hungry this screeching banshee really is.Anyways, for the people that are impressed by this garbage should get back to their pharmacist for potential refills.One thing Beyoncé does best is Filler. she sure knows how to cloud good singles in the midst of complete trash.People save your money and go support a real artist.Madonna, Lady Gaga, Bette Midler, Jewel.Even Jennifer Lopez can deliver a great cd from start to finish.If you're thinking about buying this. i suggest you get the singles (that by the way sound just like her previous work) and skip the rest.Beyoncé i'm not impressed. Better luck next time, hopefully, by 2020 maybe you'll show some signs of growth. but God knows i won't be waiting that long. I won't be holding my breath on that one.
Bridget N. Havard on 02/01/10 09:00pm
I do have trouble with it in my car 6-disc changer but it is a great cd. the videos are even better.